A historic symbol in HÆRVEJSMARCHEN’s logo

HÆRVEJSMARCHEN's logo is adorned with the image of a black grouse. The black grouse lived and bred especially in Jutland’s heath areas, including Kongenshus Heath by Hærvejen south-west of Viborg. The black grouse had metallic black plumage, a lyre-shaped tail and a red comb above its eyes.

The black grouse was a wonderful bird which became totally protected in Denmark in the late 1800s and again in 1972, but unfortunately became extinct around 2000. Cultivation and deforestation interrupted the food chain, which mainly consisted of birch buds, berries, seeds and various herbs. Today, it exists in the Baltics, Russia and further into Asia, as well as a few stocks in England and the Alps.

The black grouse, also known as the "black cock of the heath," now lives on in Denmark as a historic symbol in HÆRVEJSMARCHEN’s logo and reminds us of previously rich bird life on the frugal moorland stretches along Hærvejen. Today, it is a nice image of the historical and scenic walking routes where hikers from around the globe meet in Viborg to walk together in an international, peaceful and popular community.

Welcome to HÆRVEJSMARCHEN's historical and scenic walking routes in and around Viborg, every year on the last weekend in June – and bring your friends and acquaintances on a refreshing and organised hike full of positive impressions for your heart, soul and mind. 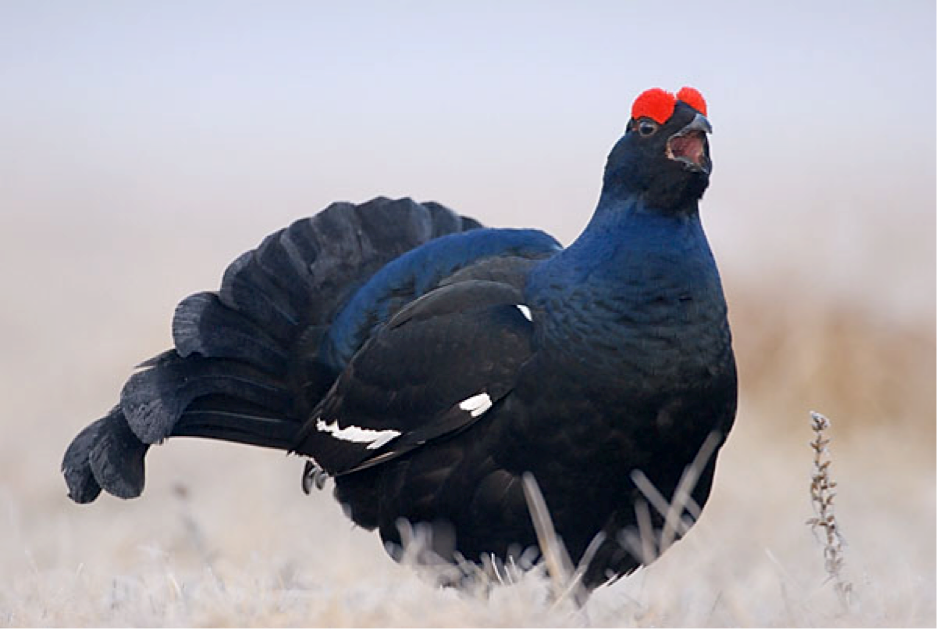